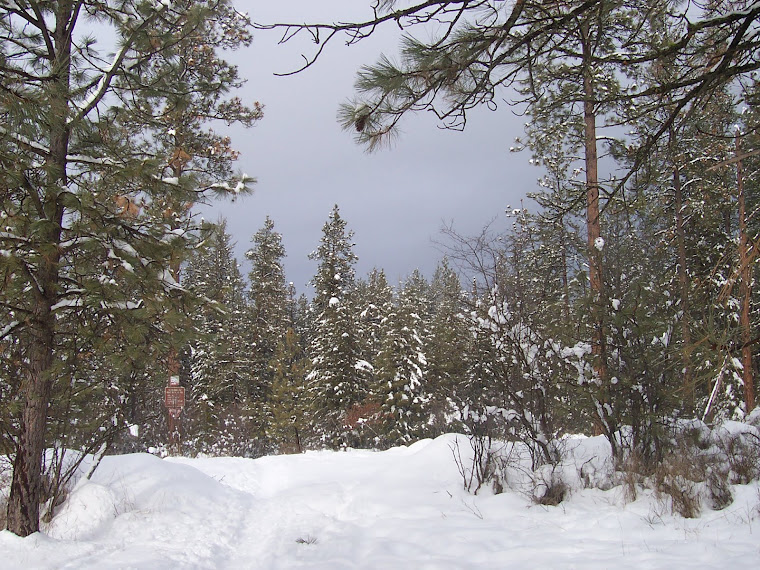 If everything was easy this wouldn't be the Peace Corps....
All Ashley and I wanted to do was maid Christmad cookies...at times I feel like that was too much to ask. Hours before my arrival for Christmas cooking extravaganza was to start, Ashley's gas can runs dry....
After using two different ovens in a 15-kilometer radius and jimming an oven so it didn't smoke black smoke we finally got to baking! About 6 dozen cookies and a bunch of popcorn balls later...we were finished!
Also, when you don't have a table you have to ice cookies on the floor...or mix them outside because the kitchen is a 3 foot X 12 foot no space to move in room... 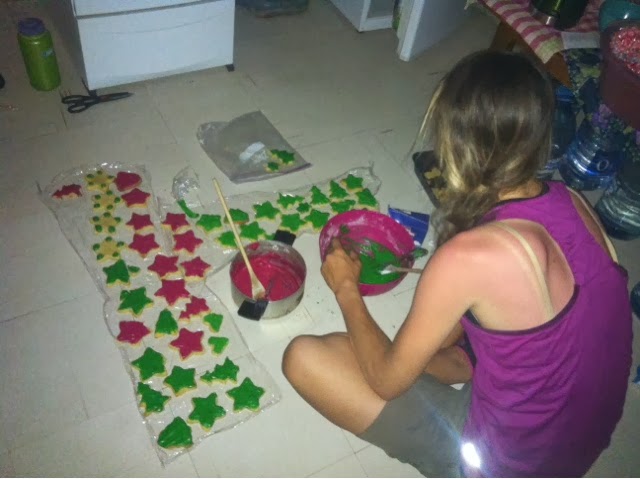 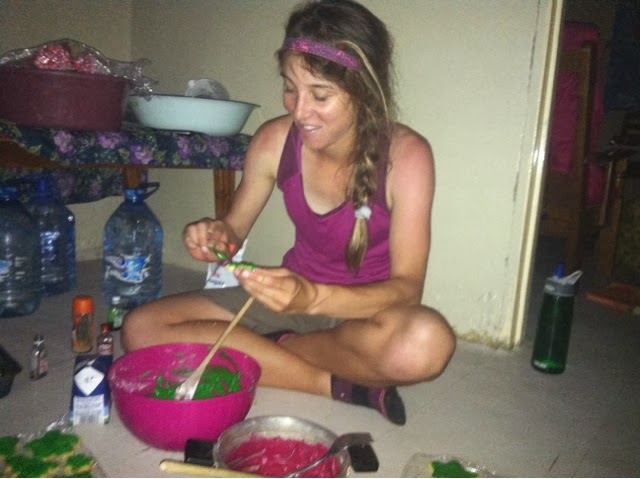 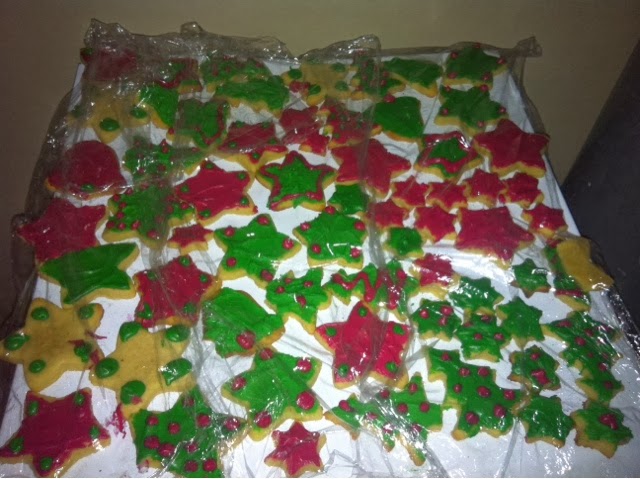 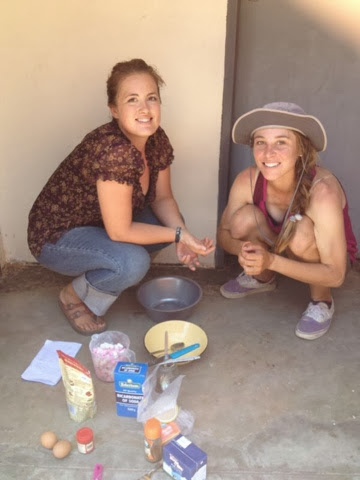 Posted by Unknown at 9:20 AM No comments:

Growing up my Granny wrote letters on a weekly basis, it was her weekly ritual-and extra long morning tea and letter writing. Who doesn't love getting a real letter? In this day an age email is the way to go, emails are nice...but snail mail can make anyone's week.

The sporadic letter writing is not entirely my fault. A little jaunt to your local postal service isn't like back in the mother land....Going to the postal service takes good mental health readiness and a strong constitution.

The post office is a one stop shop for a lot of things: electricity, air time, all your postal needs, accessing your safe deposit box, wiring money and the Grannies of the village picking up their pension checks. Long story short, a lot is going on with one postal worker behind the counter.

I use the post office for buying stamps and picking up packages. Stamp buying is a feat to its self. The price of sending an average size letter to "The rest of the world" aka America is P8.00, if you want to send a letter to "Southern Africa" it is a different price,if you want to send to "other African countries" it is a different price...I am sure you get the picture. Needless to say, they have many different stamping options: You can get P4.90, P0.40, P1.00, P7.90....etc etc etc..

More often than not, I go to the post office and ask for "P8.00 worth of stamps" the postal worker shakes his head and says we don't have P8.00 stamps and then sighs a little and pulls our the stamp book to try and piece together P8,00 worth of stamps....

Piecing together P8.00 worth of stamps is harder than you think....I mean there are so many options when there are about 20 different postage stamp options. I say that with all honesty and frustrations--yes, you do have many options of stamps, but also sometimes the postal worker is in a hurry and wants to just give you two P4.90 stamps (and that means you are paying way way way over your stamping budget).  In Harry Potter (book 4 I believe), Ms Weasley sends muggle mail to Harry's Aunt and Uncle....its kind of like that. You never know if it is going to make it. Have you ever sent a letter with literally the entire front covered in stamps?

And if you want an envelope full of stamps...do make sure to write to me! I promise that I will write you in return!

World AIDS Day is December 1st of each year. It seems like every cancer, disease or profession has a “day” assigned to it. Usually, those days are passed with little notice expect those who are affected or infected by the disease or profession.  I used to get flowers when I was an administrative assistance on administrative assistant day, celebrate the nurses I worked with on nurses day, do a walk for breast cancer and so forth.

World AIDS Day had a special meaning this year.

In America, HIV/AIDS is still primarily found in certain population groups. Injection drug users, men who have sex with other men and minorities are the affected groups. In most cases, clinicians don’t discuss HIV/AIDS with the “average” patient. The average patient being a straight man or women who  may or may not have behave in risky sexual behaviors. Since about 2008, I have volunteered with nonprofits who provide testing, counseling and case management services to HIV+ individuals. I have given HIV test and had to break the news (on more occasions than I would like to think about) that an individual is HIV+. Saying those words “you are HIV+” is one of the hardest things that I have ever had to say.

HIV in Africa is a different beast. HIV in Botswana is a different beast in comparison to the rest of Africa.  In Botswana, 25% of the adult population (18 and older) is known to have HIV or AIDS. Just over 2 million people live in Botswana and of that 2 million residents---33% are under the age of 14 and an additional 22% are between 15 and 24 years of age. If you do the math, having 25% of  the adult population infected with a disease is substantial.

Last week, just before school let out, we commemorated World AIDS Day. The student body led speeches, dramas and choirs unifying the student body. I was really quiet impressed. Shocked actually by the student bodies effort and commitment to carrying out the event.

The theme for this years AIDS Day in Botswana was around “zero new infections, zero discriminations by 2016” Truthfully, I wasn’t that impressed with the theme. So I modified it. I wanted my kids to think about what they can do, how they can be accountable. So I stressed the idea that “We are the Future” If I don’t get anything into my kids during the time that I am here-I want them to take away the idea that they and they along are responsible and accountable for their actions. So having changing the them to “we are the future” seemed appropriate. Our dramas and speeches were all centered around that ice of our personal accountability.

The equivalent to the student body president quoted JFK “ask not what your country can do for you, but what you can do for your country” Of course, he knows little of JFKs involvement in the Peace Corps and why I am in their lives….and as Americans do in touching moments I tear up (and the kids stare at me).

Botswana is fortunate. During the height of the AIDS pandemic the president made a call for action and implemented life saving programs such as free ARVs, currently if  your CD4 count is under 250, you qualify for free ARVs. Health care is universal, there is a plethora of aid being pushed into Botswana--PEPFAR, UNSAID, UNAIDS, ACHIP,  partnership programs from Harvard, UPenn to name a few. Botswana is also a country that isn’t plagued by corruption. Botswana is blessed with huge mineral wealth. Botswana has really made an attempt to half HIV in its tracks.

But for the amount of money and effort going into HIV/AIDS in Botswana, it isn’t enough. The reality is: people are still dying, condoms aren’t being distributed because the clinics are out, HIV tests aren’t being given because the clinics are out, Doctors can’t visit rural health posts due to transport. Patients don’t come to follow ups because there is no transport to the clinics. Stigmas still exist. People whisper if you are too thin, if you sweat too much or if you have cold sores. Transactional sex happens all the time, people have concurrent partners, myths surround condom use, women aren’t empowered enough to demand condom use. At times, it seems that people are almost apathetic about it. HIV/AIDS education is infused into every curriculum in school and is constantly being discussed on the news. Dare I say, that the familiarity of HIV/AIDS has taken the fear out of it.

I am not meaning to come across negatively. It breaks my heart to see my students being raised by their grannies because their parents are “late” (dead), it pains me to see students who I suspect have HIV. I breaks my heart that an entire generation is missing their parents due to a disease. A disease that is preventable, a disease that will forever be stigmatized because it is transmitted by sex (and sex is taboo).

I encourage you all to take a moment, the next time you are at the doctor to discuss HIV. Just because you are in America, doesn’t mean that you are not at risk.

Know your status, get tested. I do, I am HIV negative. 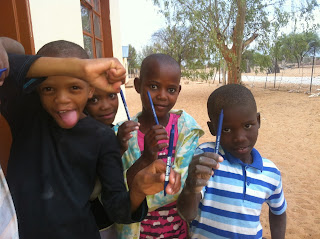 Thank you Union Bank and Trust for my pens! 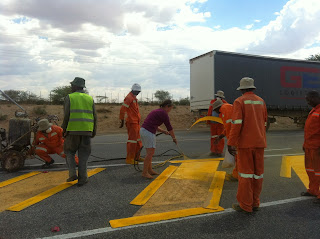 What do you do when waiting for a hitch?  Dream job. 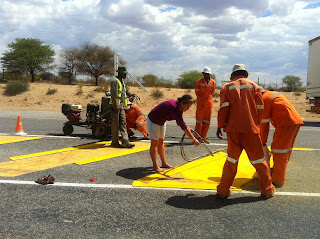 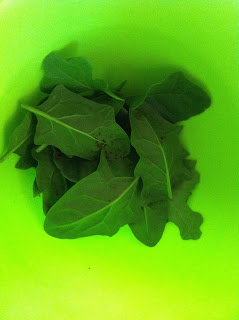 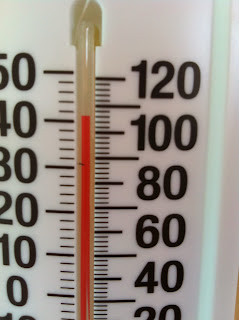 The normal temp in my house these days…. 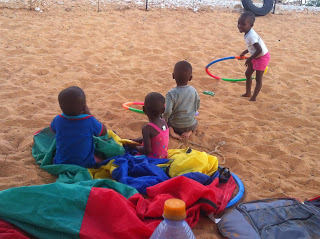 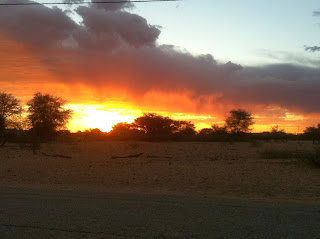 The typical sunset in the ‘Tu… 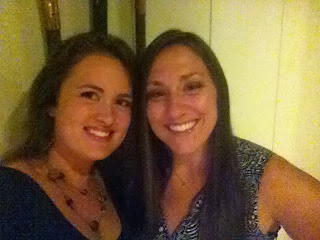 Sarah and I clean up well!!
Posted by Unknown at 1:42 AM No comments:

Doubt (noun): a feeling of uncertainty or lack of conviction.

Doubt: A Parable by John Patrick Shanley is a phenomenal play, most of y'all might be familiar with the movie that came out a few years ago. The play (and movie) is about doubt and how destructive doubt can be.

As a general rule, I try not to live my life with doubt. I feel like doubt is a very destructive place of mind.  Here, I have so much doubt. Doubt about everything. I feel that doubt is clouding my vision about myself and others around me.

I have always prided myself on seeing the good in all people and myself--more of a glass half full type of gal. Here more often than not, I look at situations and people with such doubt. I look at myself with such doubt.

Having multiple concurrent partners for men is common place--small houses as they are called here. It is also common for women, although less talked about. Is there any value for being monogamous? Having sexual relationships with students is very common place in the schools--both Junior and Senior schools. Male teachers proposition female students who in turn feel pressured to consent, knowing that if they don't....
Just as Sister Aloysius saw something she deemed suspicious between a student and Father Flynn,  I look at interactions between girls and older men, students and teachers in the same light.

As a young women with no children, have I gone wrong somewhere in my life not to have procreated?

I  always thought that going into the Peace Corps I would be able to narrow down my future. Now, I have no clue what is next. That feeling of doubt is compounded by being in a situation where I can't job search. But I shouldn't be job searching, I should be living in the moment.

Am I doing enough in my projects? Am I being the Peace Corps Volunteer awesome, can I do more? Should I do more?

It is as if my life has become a hazy fog of uncertainty. I need to move past the doubt, find a way to walk with certainty again. I need to tap into my internal compass, get my north star alined and....go.